In summary, this page

Support and acceptance, pulling or not. Up-to-the-minute relevant research is provided here without glossing over the truth. 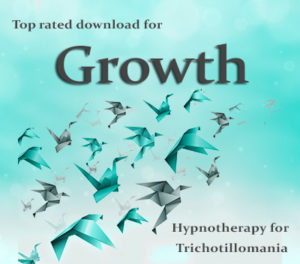 help and information about hairpulling

This article explains the criteria for diagnosis and discusses its disadvantages. Firstly, why you can trust us to help people anyone affected by hair pulling or other obsessive conditions (BFRBs). Finally, you will find a brief video explaining the condition.

Pull free IS possible and we are committed to helping to bring out this potential for people with trichotillomania. To achieve this, we aim to create awareness, continue valuable research, and in addition support and enable individuals.

This Trichotillomania causes article can set your mind at rest if you feel guilty because it is no-one’s fault.

The American Psychiatric Association’s DSM 5 Manual describes Trichotillomania as a mental health disorder characterized by hair pulling. Pronounced Trik-Oh-Tiller-Mania, it is sometimes called an Impulse Control Disorder or OCD. However there is controversy over whether or not to class it as a Body Focused Repetitive Behavior. As a result it is sometimes grouped with skin picking (dermatillomania), beard hair pulling, biting lips, cheeks and fingers, and nail biting.

The word “recurring” is used, however there is clearly a compulsive element in most cases.  The manual states that it cannot be explained by another condition. But there is very strong evidence of high cross-diagnosis with OCD, social anxiety and generalised anxiety. Hair pulling is unusual, but it is not madness. It is not a disease but a condition, which at least in some is genetic in origin.  Many people pull hair or eyelashes to remedy what they think are flaws and hairs “growing in wrongly”, or the “wrong texture”. Although the manual states that it is not dysmorphic.

Most commonly, people pull hair from their eyelashes, eyebrows and/or the scalp, and they can also pull from the pubic region, pets and other people. These conditions are secretive in nature and often attempts will be made to hide signs of hair loss. It can be hard to comprehend what trichotillomania is because it sometimes leads to social withdrawal.